Big tech has fanned the flames of voice innovation thus far, but we believe, OVAs are the fuel that will spread out and sustain this heat in a vast field of controlled burns. 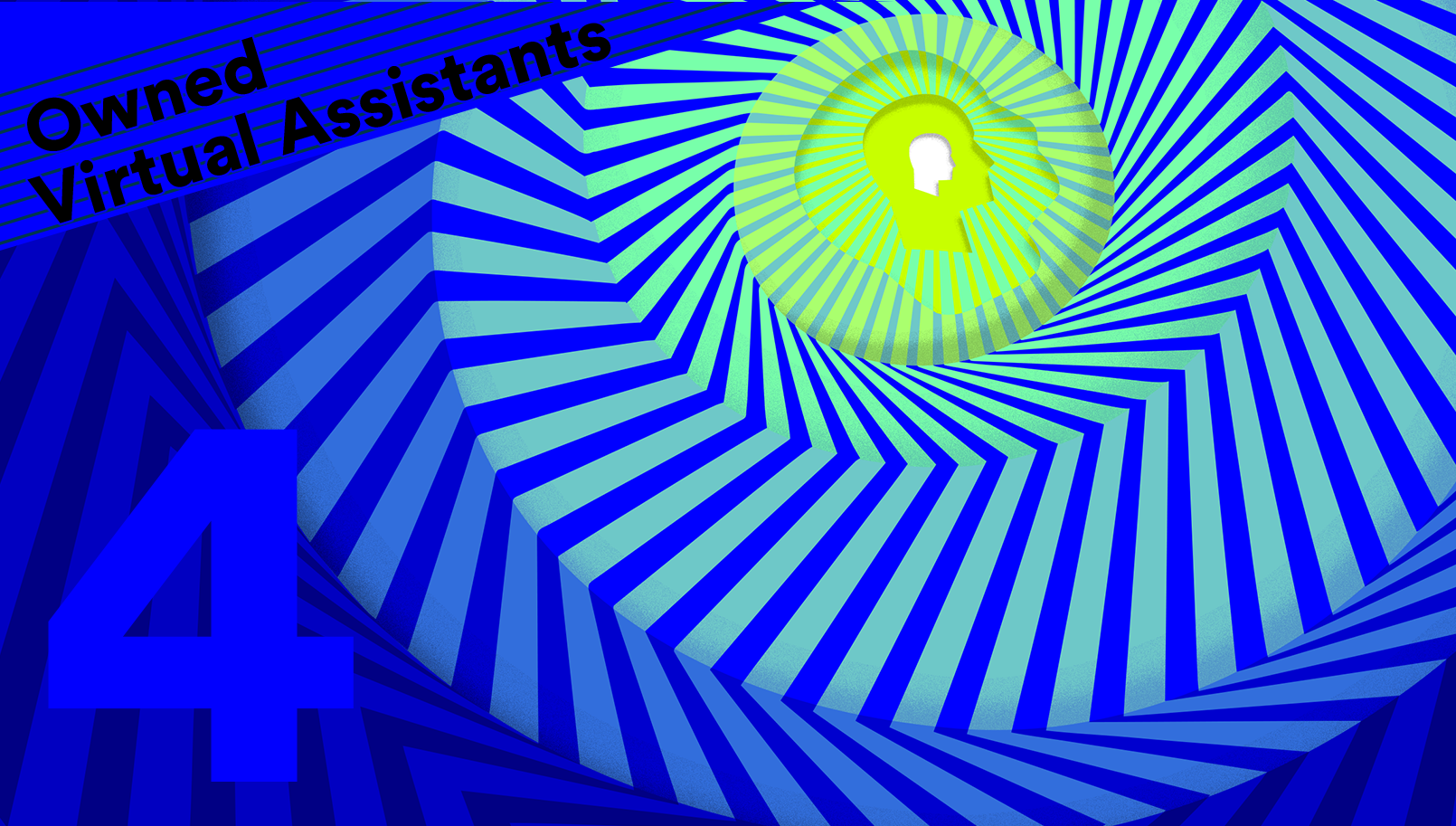 What Comes Next? A Prism of Possibilities

This is the fourth and final installment in our Owned Virtual Assistant series. Read Part I, Part II, and Part III.

Remember life in 2007 before it was app-ified? It’s tough to recall that old reality now that basically every product or service is at your fingertips. With voice, we’re likely to see the same effect; seemingly small but persistent changes adding up to far more than the sum of their parts.

Big tech has fanned the flames of voice innovation thus far, but we believe, OVAs are the fuel that will spread out and sustain this heat in a vast field of controlled burns.

Here’s what we expect will come to pass over the next few years as OVAs begin to reach their potential.

1. Accessibility of OVAs and their capabilities will scale through mobile and beyond-the-home.

The average person checks their phone 58 times a day, while the majority of smart speaker owners use the default voice assistant anywhere from two to seven times per day. We are still a very mobile-centric society, and with screen time averages over 3 hours per day, we are most accessible with our heads down staring at a handheld, LED-lit rectangle. Other mobile hardware should be noted as well. Just because it’s not a personal smartphone does not make it any less mobile. Cars, kiosks, wearables, and bespoke projects around public shared spaces are already creating a system of connected interfaces for voice to shine. With an OVA able to extend a brand across all these versatile aspects of a consumer’s life, and voice a common denominator for access, on-the-go access to voice will become a catalyst for OVA adoption.

2. MVAs will continue to wield scale to ensure that brands don’t disappear.

On a consumer level, there are choices for which MVA platform you may favor. It could be due to device favorability, or to smart home and 3rd-party experience capabilities, or simply brand preference. Because of the penetration and share of voice of MVAs, there will be a specific role for brands to show up somehow on the main voice platforms. The competition in the hardware space makes it vital to build centrally in order to scale effectively and in a cost-friendly manner. But the mentality around Alexa-first, or Google-first or even smart-speaker-first, will shift in favor of the actual character of the assistance to be provided.

3. OVAs will shine in vertically-integrated environments.

“To win at voice, you have to think in systems.” RAIN’s firmly held belief of the effectiveness in system thinking to drive voice development means that the companies who can take advantage of more cogs of their business, that can leverage the resources, and who have the willingness to bring together the physical and the digital will have the strongest OVAs. When voice can be used to browse, fulfill an order, track distribution, and resolve problems all within the same branded experience, it has the makings of a large-scale leader. This is part of the reason big tech voice assistants have succeeded as they have from a first-party perspective. Small scale brand systems will still create robust OVAs, but vertically-integrated businesses should be “conversationalizing” their businesses and customer journeys as a top priority.

4. OVAs will scale neatly across the markets their creators already operate in.

Localization in a voice-connected world presents challenges around the obvious, like dialects and language compatibility, but also around uniquely “voice” problems. Cultural norms lead to unique interaction models and customs for using voice. Privacy regulations are inconsistent based on local and national governments which could inhibit adoption, onboarding, and information sharing between user and device. As OVAs scale to global markets, there will still be a shared brain, but design and customer experience will still require a localized effort. But OVAs have an advantage of brands that solely rely on MVAs. MVAs have a highly variable market presence in terms of device and feature availability, as well as adoption. Brands that look to MVAs to reach consumers markets that are important to their brand are at the mercy of how mature the MVA ecosystem is in those markets. And while MVAs will continue to rapidly spread around the globe, there’s a good chance that some markets a brand does significant business in have an inadequate MVA ecosystem.

5. Standards will be developed that lend consistency to OVA experiences.

MVAs today have not been built around a set of common standards, outside of the basic “wake word” functionality. Switching between assistants can be clunky even for people in the voice industry. When voice capabilities are embedded in a plethora of new apps and devices that the general public must be facile with operating, there is a greater need for standardization of design patterns and interaction models. This spans everything from indicating when a microphone is “hot” and expecting a user utterance, to providing clear “fallback intents” for moments of misunderstanding, to establishing principles for when certain information is presented aurally, visually, or both. The Open Voice Network is a recently-launched organization with the aim of defining these sorts of standards for a multi-platform, multi-device, multi-assistant future, which is a welcome head start. Furthermore, the Voice Interoperability Initiative spearheaded by Amazon, which already boasts dozens of big-name partners from Sony to Spotify, will be vitally important in ensuring multiple agents can converse and transact with one another seamlessly.

6. The OVA ecosystem will mature.

There have already been a number of technology startups launched based on enabling brands to build OVAs. A number of companies look to own the full spectrum of technological services for OVAs (wake word, NLP, TTS) through white-labelable solutions, including SoundHound (Houndify), Alan AI, and Spokestack. And of course, there are ways of assembling a custom stack for these same solutions. Expect these firms to grow in number and for the ecosystem of brand-first technology providers to mature rapidly in the next two years.

7. Another dimension of OVAs will emerge.

We’ve focused this paper on B2C use cases for voice, but there’s another side to the OVA coin – the role they play in employee-facing use cases. Much as consumers seek to use voice for efficiency and convenience, so too do employees whose jobs often require laborious data entry and retrieval, or whose hands or eyes or occupied at critical points in their jobs. Walmart recently launched “Ask Sam,” a tool for retail associates, for precisely this purpose. Oracle’s Digital Assistant, Tact.ai, and Outreach Kaia are changing how salespeople create better, more frictionless experiences for their customers. JLL’s “JiLL” is transforming how employees interact in the office by simplifying daily time-consuming tasks. Companies that create services for employees reflective of their company brand ethos, which solve real, measurable inefficiencies or inconveniences in day-to-day repetitive workflows, will see costs go down, and employee satisfaction and safety go up.

A Prism of Possibilities

It’s often said that every company today is, aspires to be, or should aspire to be a tech company. The thrust behind this notion is that there is significant advantage to be gained from building and owning technology that competitors lack and can’t easily access or replicate.

This maxim certainly holds true with regard to voice and conversational AI. It’s not enough to just keep an eye on mainstream voice assistant (MVA) developments and simply join the chorus of companies rushing to exploit the same shared tools and features that become available with every new MVA-sponsored hardware event or developer day. Brands need to build their own proprietary strategies, designs, technologies, and features of the customer experience that can’t be easily replicated.

The job for brands who truly value conversational engagement is not to ignore MVAs, but rather to ensure that MVAs are not monopolizing their eyes, ears, and budgets.

With the right strategy and execution, brands can seize back the control that can feel so elusive today. They can embrace a more direct relationship of assistance to their customers–or employees–and reap the benefits that come from this proximity.

By betting on themselves, brands will emerge all the stronger.

If you’re interested in developing a voice strategy, building an OVA, or discussing any topics presented here, contact Eric Turkington and Dale LaRue. 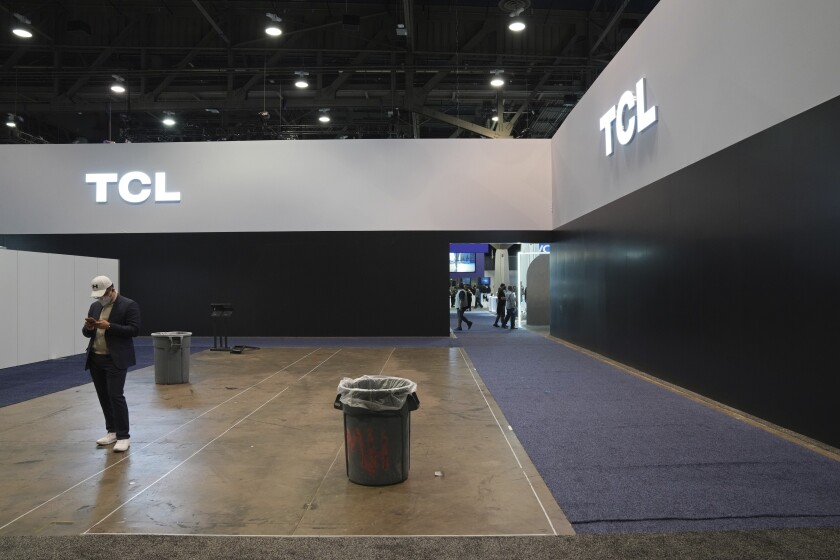 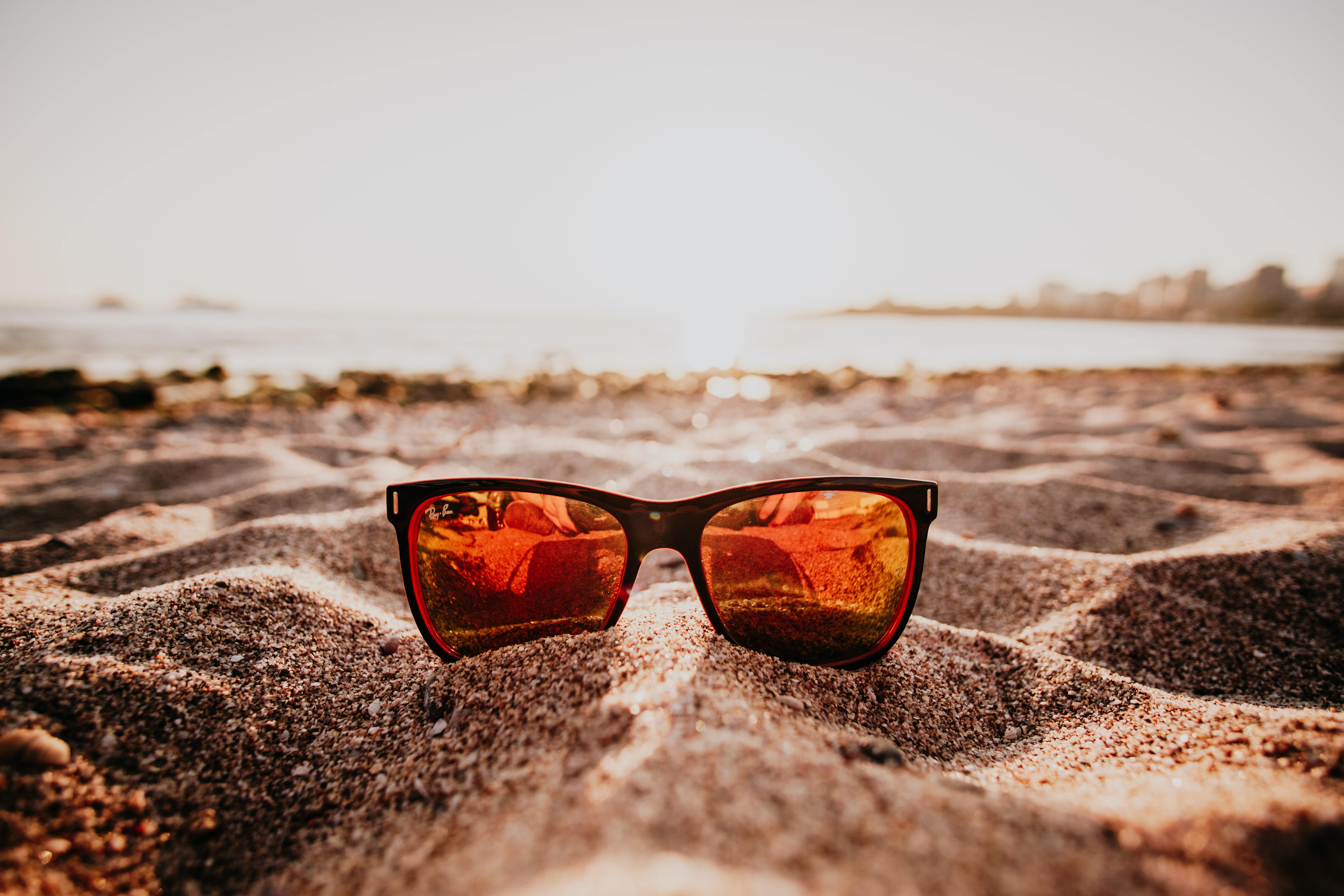 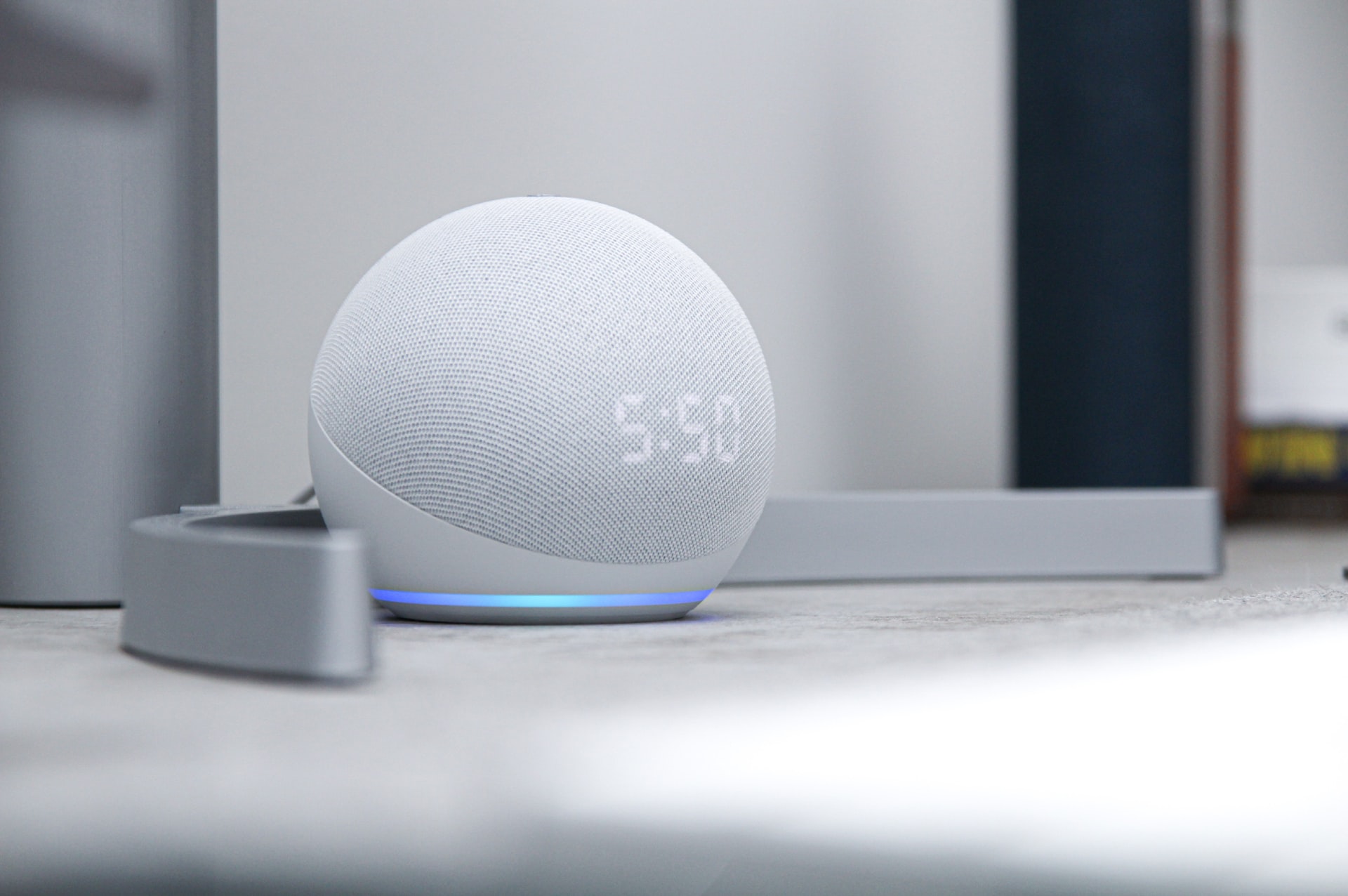 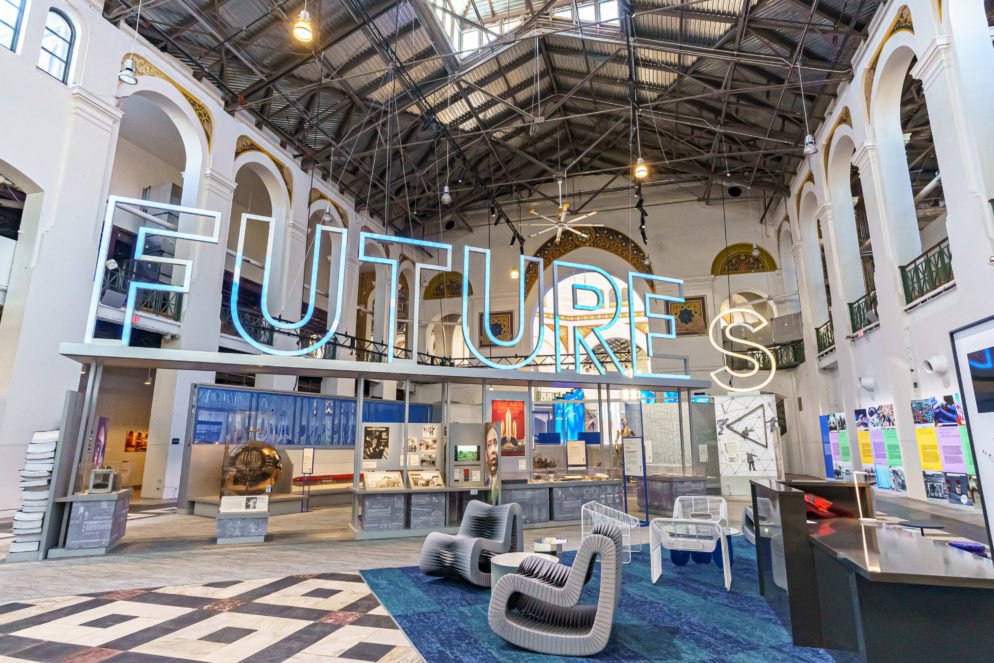 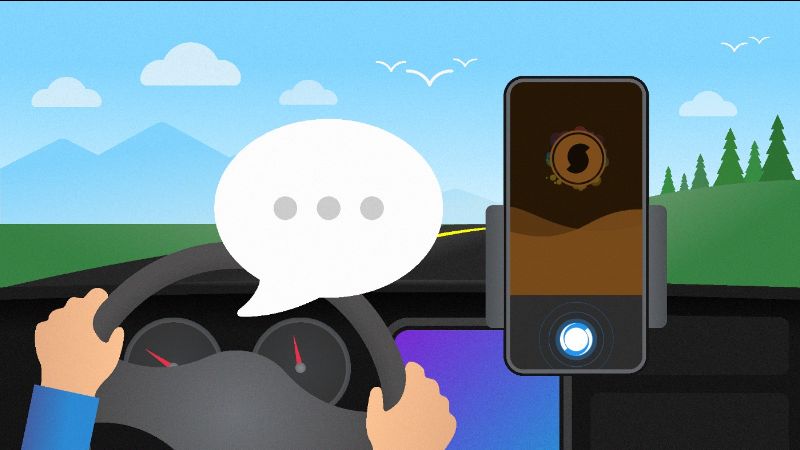 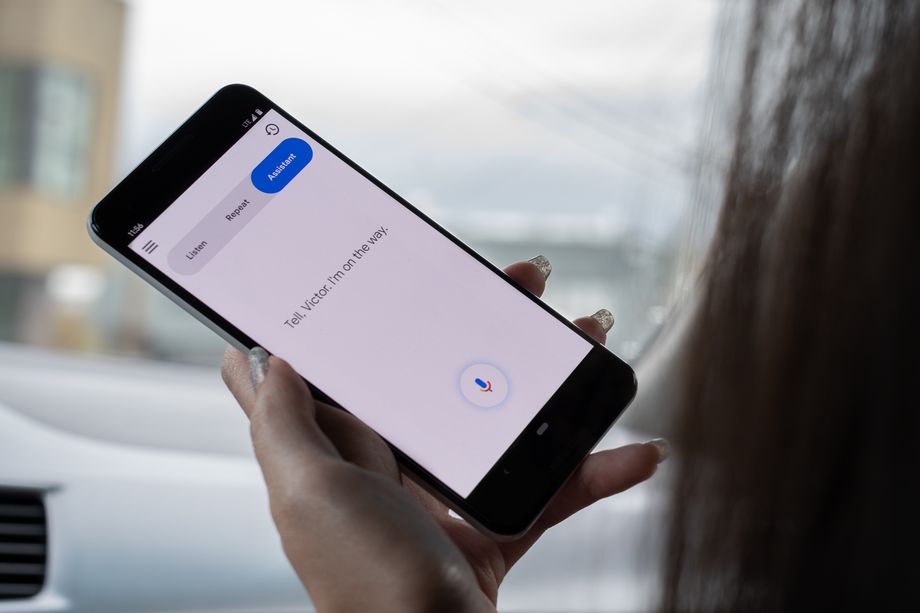 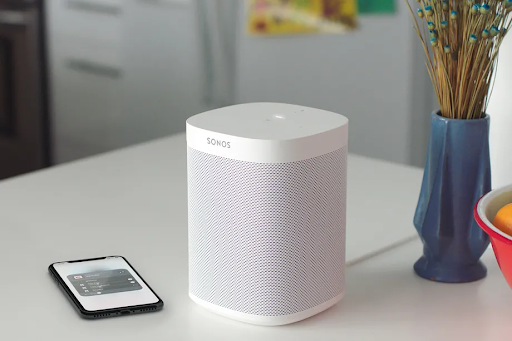